First event for the museum successful

Our first event at the International Early Education Center was quite a successful one.  The age range of the children was 3-6yrs.  Each age group came seperately starting with 3yr olds and ending with 6 yr olds.  We set up 6 exhibits for most of them and had the Funflystick (electrostatic exhibit) for 6yr olds
The train exhibit, Magnetic gear exhibit was more favored by 3-5yr olds.
The Earth quake shake table had different reactions from different groups.  Younger kids just liked to build the houses/buildings without any worries about earthquakes:)
The magnetic drop activity showed more potential than I initially thought it would
The Tornado bottles were a huge hit.  Not so much from 3yr olds but starting from 4yr olds, it never stayed idle:)
But the biggest hit of all is the bubble exhibit.  While we will have a rope that the kid (or adult) can pull to get a bubble around themselves for the museum, as a travellign exhibit we just found a small ball pool, a hoolahoop and Marko attached two handles and we wrapped nylon all around to retain soap solution better.  Both children and teachers loved to stand and get a bubble around them.  We even got the director of the school to try it out although that picture is one of the teachers cameras or else it would be in this blog:)

And the fun fly stick turned out to be a fun activity too with kids lining up and waiting for their turn to play with it. 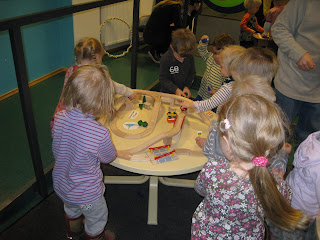 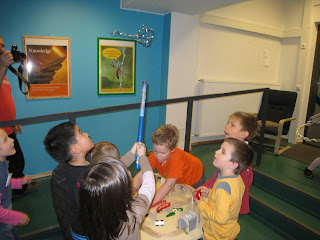 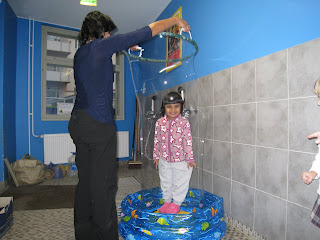 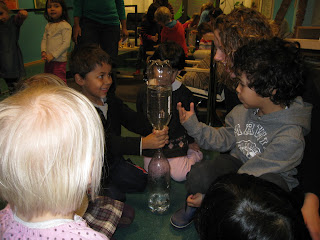 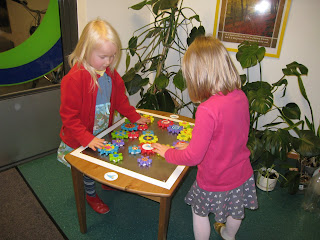 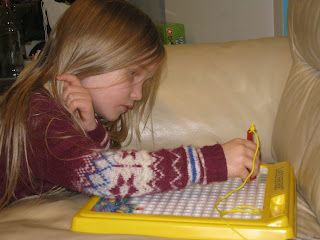 Posted by Sheela Kiiskila at 10:30 AM